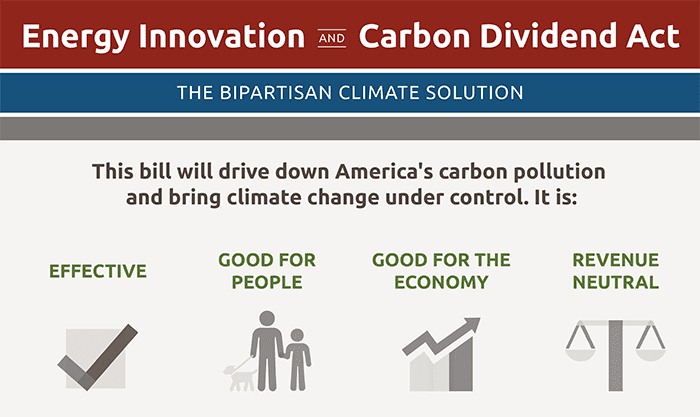 Julia Moravcsik, Tesla owner and member of the Denver Electric Vehicle Club, is also involved in the Citizens Climate Lobby, “a nonprofit, nonpartisan, grassroots advocacy organization focused on national policies to address climate change solutions.” Julia joined CCL in 2019 is on the Automotive Committee as the Resident Specialist in EVs. She works with different committees and industries to get endorsements for climate-action bills and performs outreach as well.

Currently, Julia has been heavily involved with CCL’s Carbon Fee and Dividend Act, a bill that has been in the works for 10 years. This policy proposes a carbon tax, where the carbon fee would tax point-source emissions at $15 per ton of CO2 equivalent emissions, including oil, gas, and methane. This fee would increase with time until the United States emits only 10% of what it did in 1990, allowing industries the time to develop greener technology or switch to cleaner, renewable alternatives. The carbon tax would increase the price of any product whose production relies on carbon emissions, and all the money received from this fee would go back into every American’s pockets. Every month, each person would get a check covering these costs, meaning that lower-income populations would actually benefit from this policy and there would be a net benefit for people and the environment. This sets the policy apart from other similar carbon taxes that opt to donate a portion of the tax revenue to climate-action causes instead. The fee is expected to lower emissions by 80-90% as it continues to increase over time.

The Carbon Fee and Dividend Act would also encourage electric vehicle adoption. Since the price of carbon would increase, EV owners who don’t rely on it for their cars will save more money over time in comparison to the owners of internal combustion engine (ICE) cars. This increase in gas prices will also encourage people to buy more energy-efficient vehicles to avoid paying more at the pump and to increase their lifetime savings. In addition, for those who are more driven by the cars’ environmental benefits, EVs will become even cleaner as manufacturers and mining companies (who must mine for the materials in the car’s battery) will be incentivized to use renewable energy sources instead of fossil fuels to avoid paying this tax.

Because this is a market-based solution, it has bipartisan support. Around 68% of Americans are in favor of a carbon tax and 55% of Republicans show support as well. The Citizens Climate Lobby is the largest organization with the most support around a carbon tax and is optimistic about getting this policy passed soon, as a new presidential administration has given hope to a more favorable outcome. Julia is still working on gathering support from other organizations in order to bring these endorsements to the table when the policy goes to legislation.

To show your support, you can call or email your Congressional representative or you can email the White House and fill out the form asking them to pass a carbon tax. If you’re interested in participating with the Citizens Climate Lobby, go to their website to join. For more information about the policy, read the FAQ.

As a 501(c)(3) nonprofit operating in Colorado, we do not lobby or attempt to influence legislation.