The Colorado Energy Office recently began unveiling charging stations at their Electric Vehicle Fast-Charging Corridors. These EV fast chargers are great news for Coloradans wishing to explore the more rural and off-the-I-70-corridor areas of the state. “Corridor A” was among the first to start opening up with a location in Dinosaur, Colorado, and we decided to take our family on a road trip that had previously proven too tricky to manage in an EV. We headed to Dinosaur for two nights. One was spent at a nearby hotel which conveniently had a pair of chargers for guests, and the second on a backpacking trip in Dinosaur National Monument. So to make things crystal-clear, the charging station provided by the C.E.O. and Moffat County made this trip possible. We simply would not have made it had that charger not been there, and we’re really glad it was!

After a great first overnight backpacking trip in the Monument with our family of five, we headed to the pair of DC fast chargers, which were conveniently located at the Colorado Welcome Center in Dinosaur. This would normally be a super convenient location with restrooms right there, but we happened to be there on a Monday when the Center was closed. However, there is a gas station across the street that made things easy enough for bathrooms (and some snacks). It was a sunny and crisp day, and we were able to use the picnic tables right next to the chargers for our lunch.  Our car, a Tesla, needed an adapter in order to use the ChaDeMo cables (a nightmare of a trade name short for “Charge De Move”). The pair of chargers also supported the CCS fast-charging standard, but there is not yet a CCS adapter available for Tesla vehicles.

Unlike gas or diesel vehicles which are likely to be “filled up” during a refueling stop, EV drivers often use a slightly different strategy to maximize their time and efficiency. Rather than charging to 100%, EV drivers often charge just enough to get to their final destination or the next charger (often with a conservative buffer for “just in case” situations). This strategy is used to reduce the time spent at a charger, because in the interest of battery health, the final 10-15% of a fast-charging charging session goes quite slowly. The chargers at the Colorado Welcome Center were fast enough that by the time we used the restrooms and had some lunch, we had more than enough juice to make it back to Grand Junction with a healthy buffer.

Now that we’ve extolled the virtues of these super-useful and conveniently located fast-chargers, can we talk about the name? The Colorado Energy Office Electric Vehicle Fast-Charging Corridor system is a bureaucratic name-by-committee that could use a serious rebrand (Colorado Charge? Charge Up Colorado? Literally ANYTHING ELSE?). Combined with geographically-meaningless names (Corridors A, B, C, D, E, and F) instead of fun and more meaningful place names makes me wonder just who established these names, and are they even real Coloradans? Just a brief glance at their map betrays more useful possibilities such as Northwest, Uncompahgre, San Juan, Metro, Gunnison, Southeast, and Prairie corridors. It’s not too late though! C.E.O. folks…are any of you reading this?

Minor branding quibbles aside, we really appreciated having this new option available to us, and look forward to exploring more of this charging network in the more far-flung corners of the state. A sincere thank-you to everyone involved in creating this system! 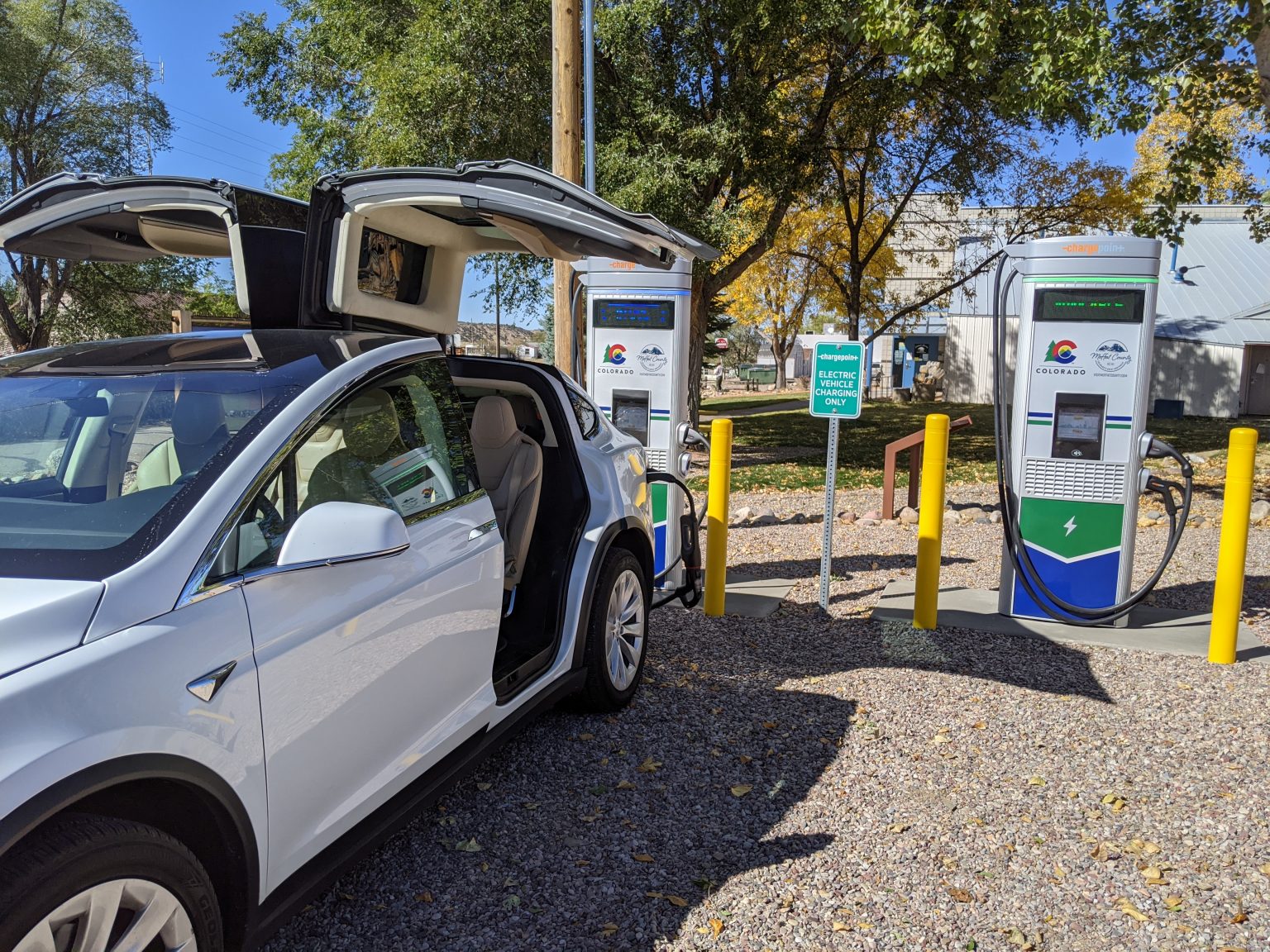