We purchased our first EV in February 2016, and after driving it for a few months, noticed we were often bumping into other EV drivers at charging stations. When we did so, we found that there was never a shortage of conversation about charging times, range, charging stations, clean energy, and the general love of driving electric. I noticed it wherever I went, anytime there was another EV driver nearby, I found that I was never without a friend. So, I decided to take it to the next level: I started a Facebook group in 2018.

In real life, it’s hard to find EV drivers unless you hang out at popular charging stations. But in Facebook world, connections are made more quickly as friends and acquaintances connect. The Western Colorado EV Club Facebook page grew quickly and pretty soon, we had enough critical mass to flex our EV muscles and participate  in our first car show. The Downtown Grand Junction car show is free for attendees, and usually takes place in September, along the tree-lined, serpentine Main Street in Downtown Grand Junction. It’s a beautiful setting for a car show, and attracts rather large crowds of people showing off muscle and classic cars.

Being a former Downtown Grand Junction employee, I had connections at the Downtown office, and asked for permission to have a small section of street for what I called “Electric Avenue” at the Downtown Car Show. The first year, we had roughly 13 EVs and plug-in hybrids on display (with owners present to answer questions). These ran the gamut from a “homemade” Mazda Miata EV conversion to Chevy Volts and Bolts, to Nissan Leafs, to the Tesla S, X, and 3 on display. That first year, we got lots of sideways glances and “What are you doing here?” looks among a sea of classic and muscle cars and trucks. However as we continued to attend the event in 2019 and 2020, we started to notice that the public was really starting to pick up on the value proposition of driving electric…that you could drive tens of thousands of miles with little to no maintenance, that you could charge in the convenience of your garage, and that electricity is way cheaper than gas or diesel (especially when paired with solar panels). The public was particularly interested in the range of the EVs and the amount of time spent charging. It was great to see the spark of realization in their eyes when we talked about things like charging overnight in a garage and never visiting a gas station again, or when they understood that EVs can, in fact, be driven on long road trips.

Our Western Colorado EV Club continued to grow and meet together on Facebook and in person as we made it our goal to advocate for and educate about EVs. In early 2019, we also started an official Western Colorado Tesla Club, as the demographics in our EV club started to reflect Tesla’s dominance in the EV market. In-person events are currently challenging due to COVID, but in addition to participating in the car show, members have testified in front of the Colorado state senate on behalf of EV-friendly policies, and we try to meet every month for events. Some of these are virtual, and some include physically-distant events including drives through Colorado National Monument, trips to drive-in movies, and smaller car shows in other parts of Western Colorado.

By: Aaron Hoffman with photos/video from Benjamin Westby 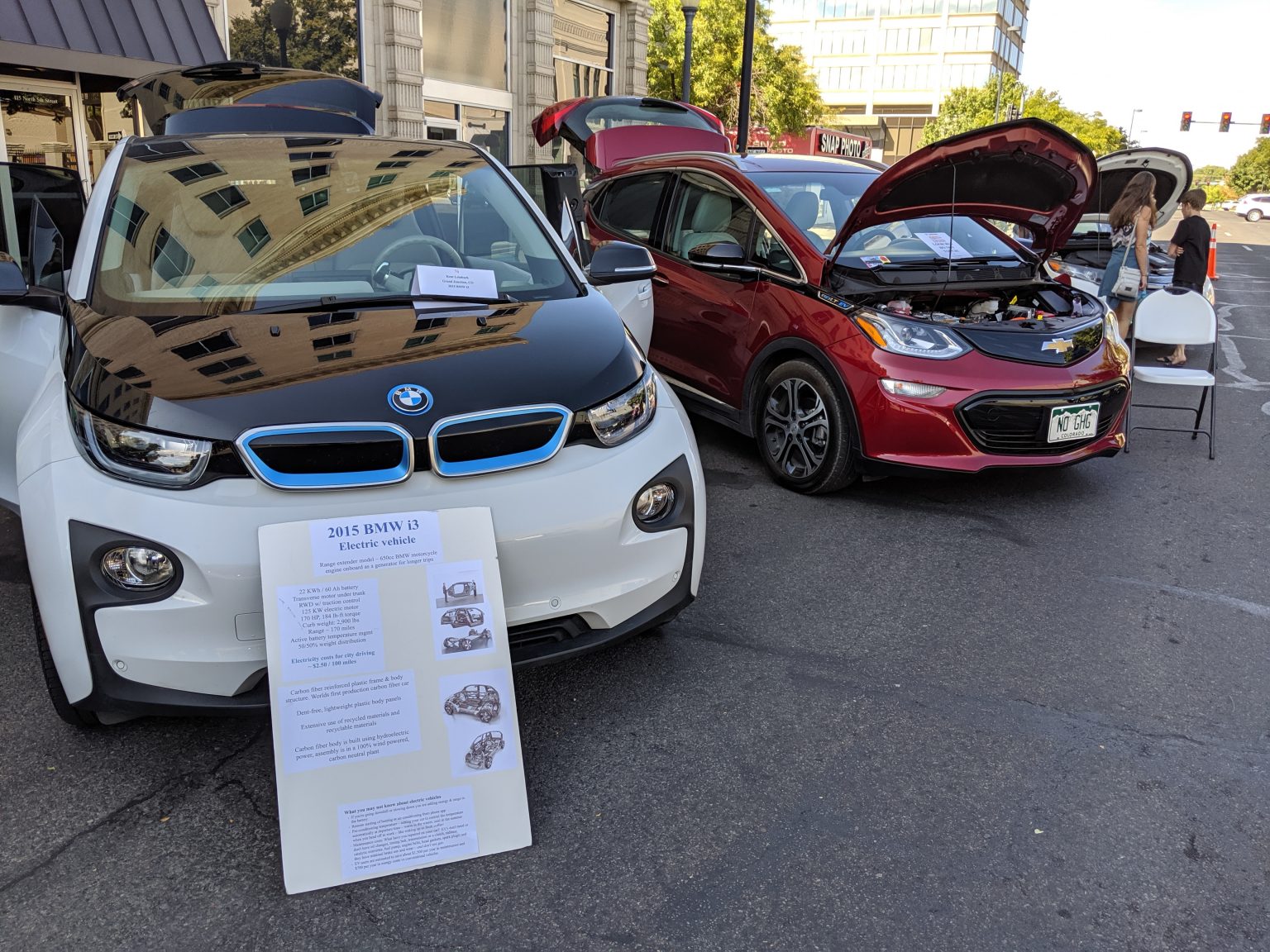 A BMW i3 and a Chevy Bolt at a Western Colorado EV Club car show.

Members of the Western Colorado Tesla Club drive on Rim Road of the Colorado National Monument. 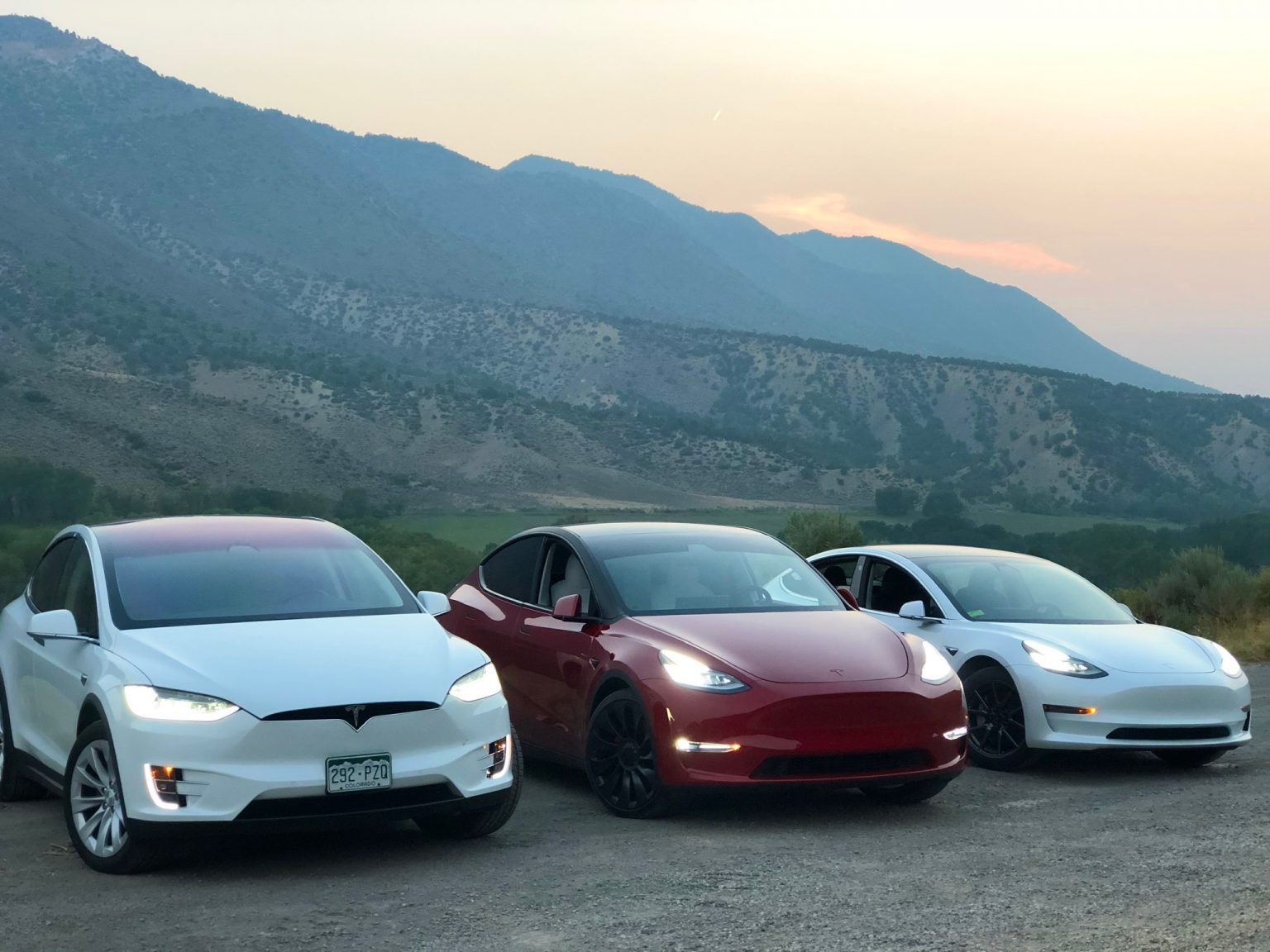