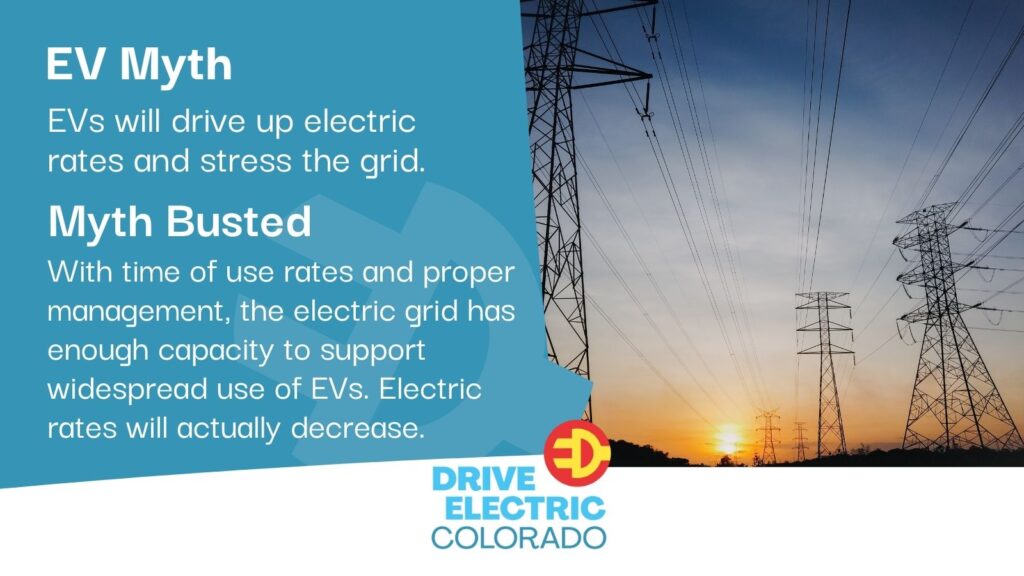 EV Myth 1: As EVs flood the market, the cost of electricity will increase and will drive up rates for non-EV drivers.

Myth BUSTED: Recent studies have shown that utilities bring in more revenue than costs with more EVs on the road, leading to a decrease in electricity rates for all customers, including non-EV drivers.

EV Myth 2: The electric grid does not have the capacity to support high numbers of EVs on the road and infrastructure overhaul will be required.

Myth 2 BUSTED: With time-of-use rates and proper management of the grid, capacity is not a concern, even with large numbers of EVs charging. This is especially true when EVs are charging over a widespread length of time and during off-peak hours.

You may see naysayers touting the “fact” that large-scale adoption of electric vehicles will lead to a higher electricity cost for consumers—putting the burden of an EV driver’s choice to switch to a plug-in vehicle on non-EV drivers. This argument is false.

The argument goes that the more EVs are on the road, the less electric capacity the grid will have to charge them—and the added strain on the grid will lead to higher electricity prices for all customers (not just EV drivers).

A brief explanation of the electric grid:

Many utilities have started to implement “time-of-use” rates which are especially important when talking about EV charging. Time-of-use rates are a way of pricing an energy user’s consumption based on when the energy is used. If you are charging your car at 4 pm on a summer’s day, the price you’ll pay for that electricity will be higher than if you charged at 1 am on that same day.

In actuality, widespread growth of EVs will make our grid more efficient and will drive down rates for all customers. Below is a graphic depicting the “Virtuous Cycle of Utility EV Investments” which outlines how an increase in EVs will lead to increased electricity demand (and sales) during off-peak hours, which allows for better utilization of the grid. This means that revenues will outpace costs, which will bounce back to the consumers by allowing the utility to decrease the rate of electricity and lower electric bills for all ratepayers.

This concept has been demonstrated in a study conducted by Synapse Energy Economics in 2020. The study looked at the stressors on the grid in PG&E and SCE’s territories – two public utilities in California, where EV adoption is highest.

The study found, “over the eight years examined [2012-2019], EV drivers in PG&E’s and SCE’s service territories have contributed $806 million more in revenues than associated costs, driving rates down for all customers,” (Frost, et al. 2020). With greater EV adoption, utilities have increased revenues more than costs, leading to a downward pressure on electric rates for both EV-owners and non-EV owners alike.

Additionally, “Load Research Reports show that EVs are requiring few distribution system upgrades and, when on [time-of-use] rates, are charging at low-cost times [i.e. off-peak hours] for the grid…By charging during off-peak hours, EVs impose minimal costs on the grid and help to utilize resources more efficiently,” (Frost, et al. 2020). It is important to note that coordinated charging and incentivizing off-peak charging is key. If these methods are not used in tandem, electric grids may very well need to expand capacity. Additionally, electric grid capacity and potential expansion will vary greatly across the nation, (Davidson, et al. 2018). 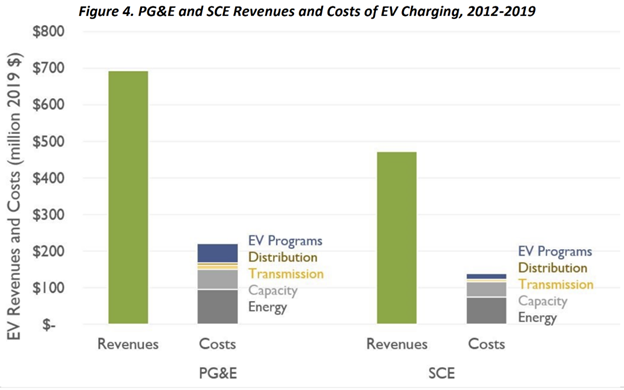 Finally, vehicle-to-grid (V2G), a technology that allows energy to be transferred between electric car batteries and the power grid, are quickly accelerating and pilot projects have begun. These projects will act as a secondary power source to further uphold the power grid during periods of maximum demand—a scenario that would be impossible without electric vehicles.

Source: F. Todd Davidson, Dave Tuttle, Joshua D. Rhodes, Kazunori Nagasawa “Switching to electric vehicles could save the US billions, but timing is everything.” December 4, 2018. The Conversation. <https://theconversation.com/switching-to-electric-vehicles-could-save-the-us-billions-but-timing-is-everything-106227>. 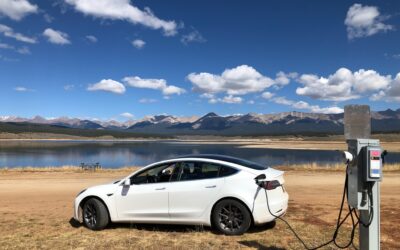 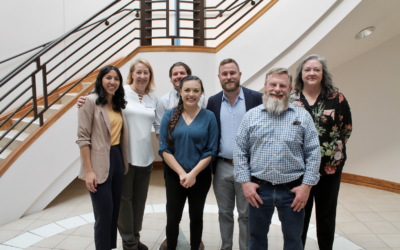 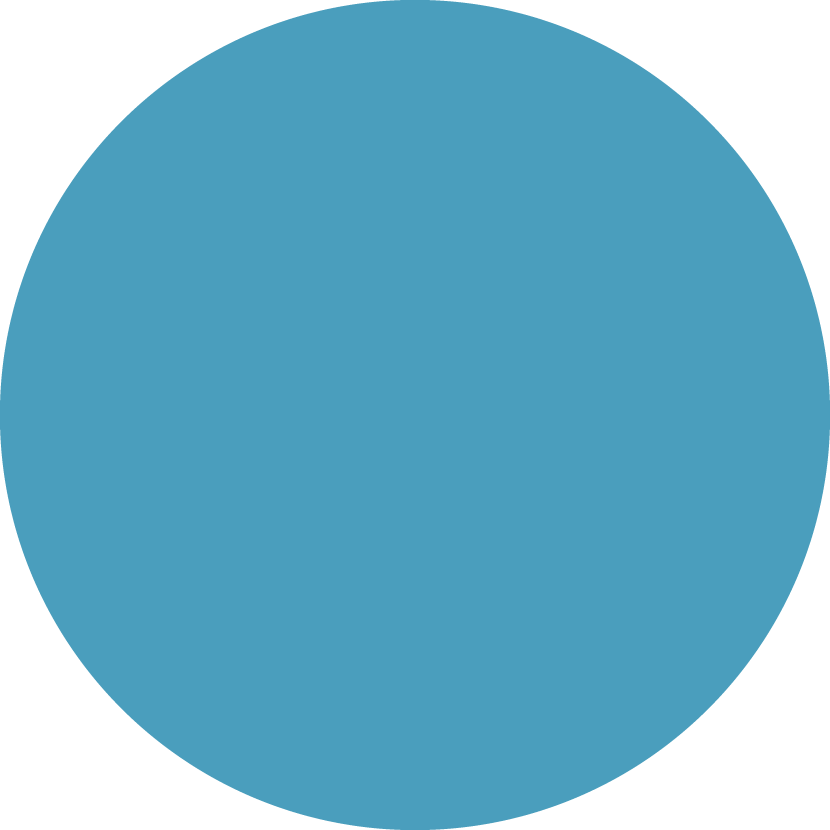